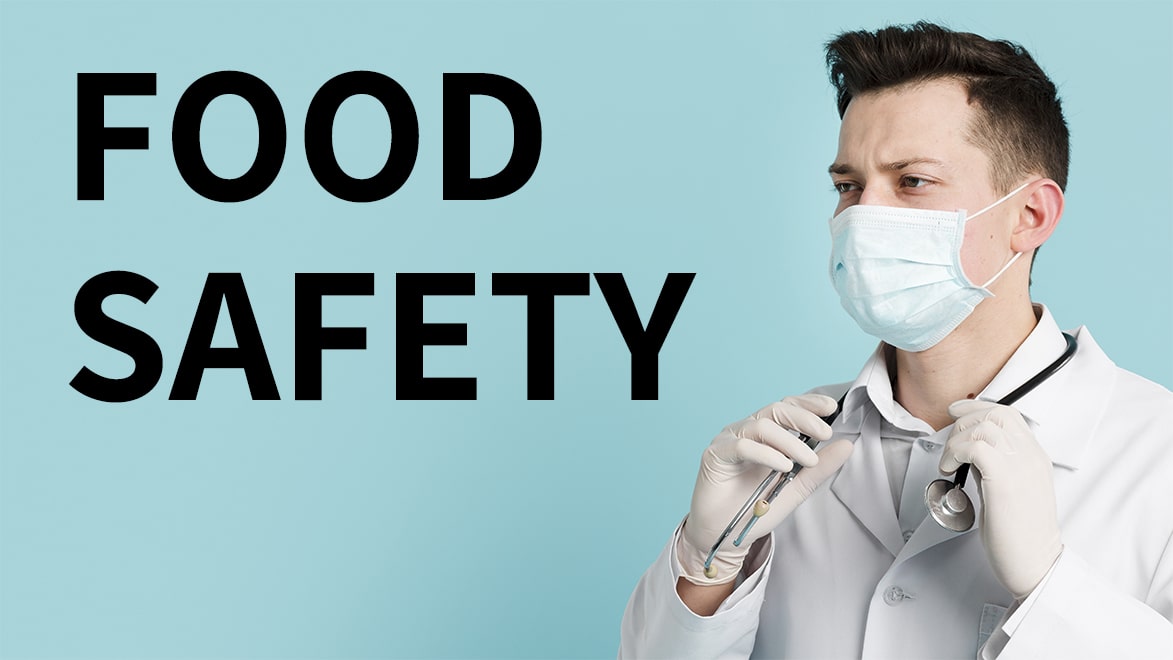 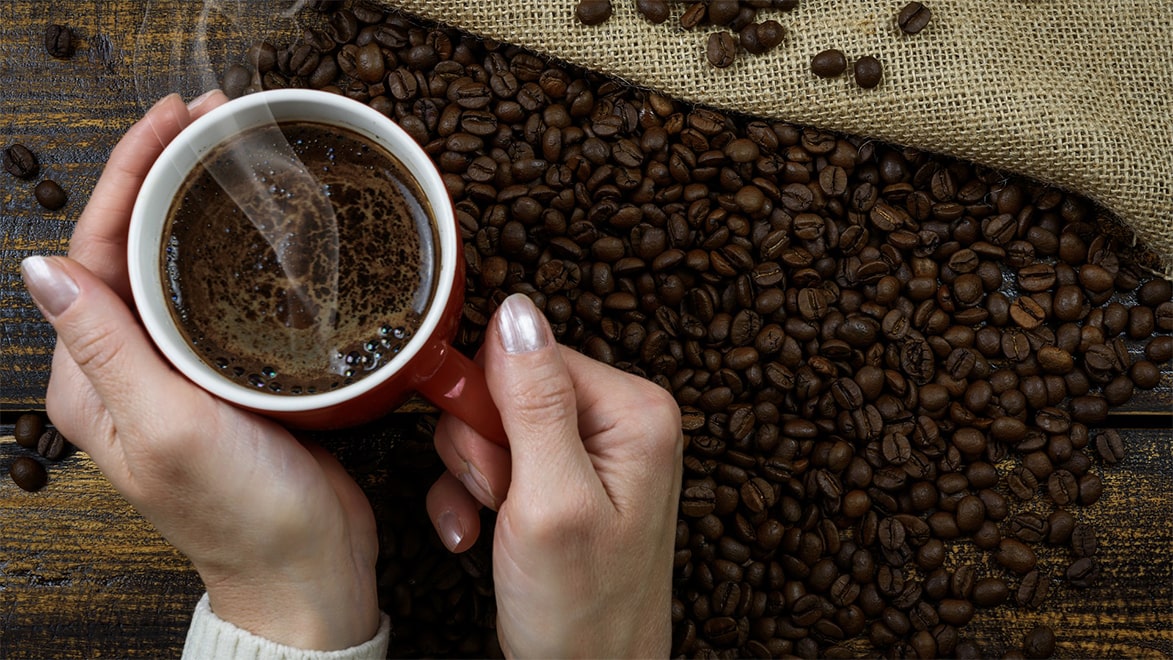 How to Improve Your Coffee Taste: Secrets from Baristas 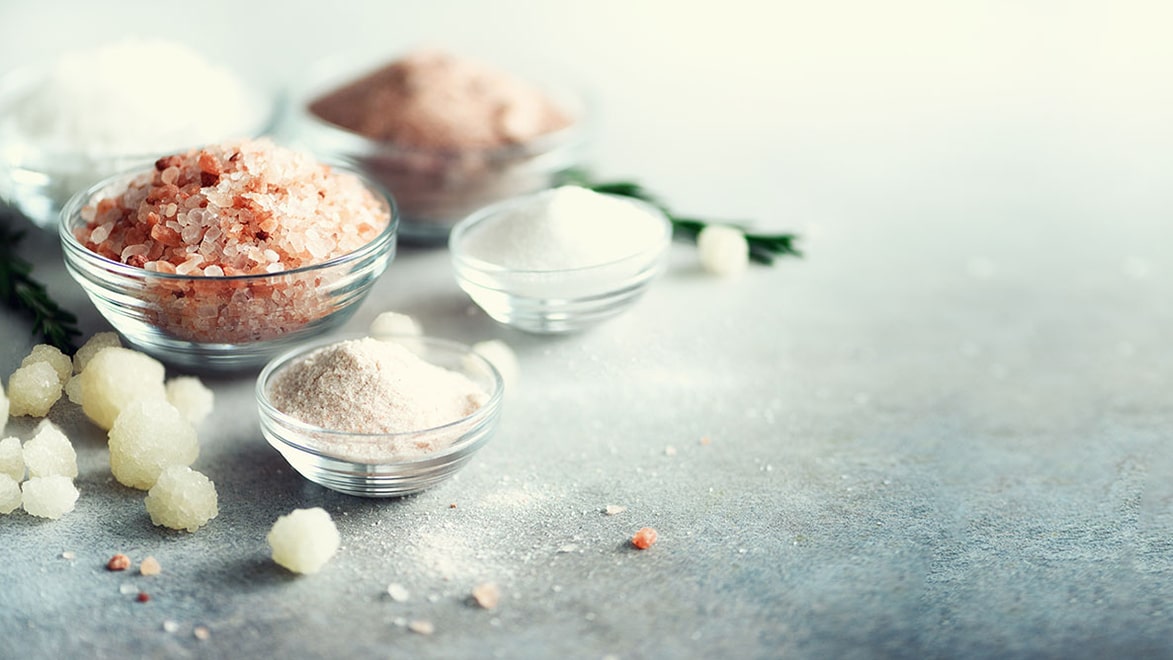 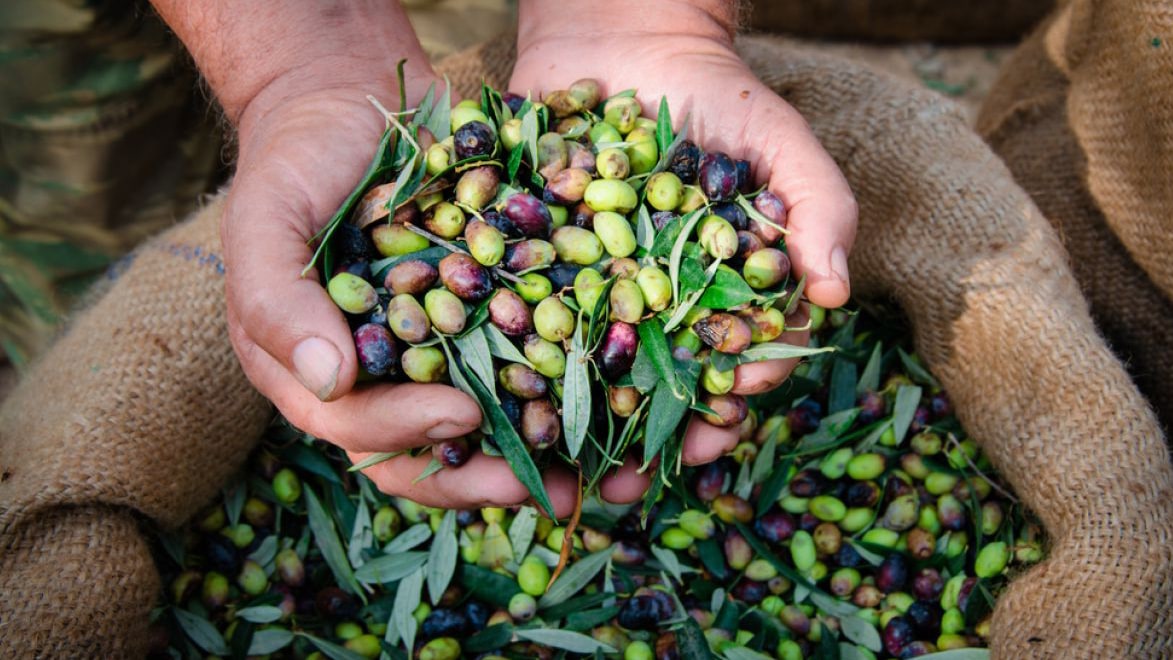 When it comes to certain foods, buying the best is a smart move – bakery bread, for example, fresh from the oven, outdoes store-bought bread every time. And when it comes to olive oil, buying the real thing is a must, because fake olive oil isn’t as nutritious, doesn’t taste as good, and doesn’t prevent diseases as the real thing can. Olive oil has been granted some almost magical properties throughout the ages and has even been used in medical procedures and funeral rites. Today, we know that olive oil is one of nature’s best gifts, and it’s vital you know what to look for, and how to be certain you’re getting the real thing. Olive oil isn’t cheap, and of course, you don’t want to waste your money on fake olive oil, or fake anything, for that matter!

Genuine olive oil is rated by several factors, including its flavor and acidity. The Madrid-based International Olive Council (IOC) sets strict guidelines about what constitutes extra virgin olive oil, including lab tests and taste, feel, and appearance tests. You can buy other kinds of olive oil, including olive pomace oil and “regular” olive oil, and for info on that, head to our other blog post: The Complete Guide To Understanding All Different Types of Olive Oil.

Unfortunately, in the last 10 years, olive oil has been sullied in America, or at least its reputation has been, because of some scandalous shenanigans pulled by unscrupulous producers and importers. About nine years ago, reports started emerging that not all olive oils on store shelves were what they seemed. Some of these products were, in reality, fake olive oil. 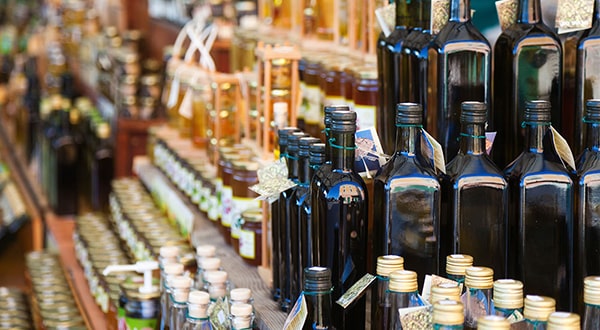 What The Experts Are Saying

One report, from the University of California done in 2010, stated that, of 52 extra virgin olive oils they tested, from more than a dozen different brands, 69 percent were fake olive oils. They just didn’t meet the rigorous standards set out by the IOC. Naturally, a lot of folks were shocked that many tests done on imported olive oils didn’t live up to the standards set out by the IOC. Most critically, many didn’t meet the “sensory” standards set up by the IOC for extra virgin olive oil. Many also failed the IOC/USDA for UV (ultraviolet) absorbency, coming in well under acceptable levels. Additionally, some also neglected to meet the German/Austrian standards for the look, color, and taste.

You can imagine what happened once the media and online websites heard this news – headlines were screaming that “fake olive oil” was all over American grocery store shelves. They had a field day with the information, and many news outlets and online foodie websites ran segments and articles about American consumers getting duped by importers into buying fake olive oil.

How could such a disaster happen? Perhaps not surprisingly, it happens more frequently than you may think.

Because the production of olive oil is dependent on many factors, and many places, there are plenty of opportunities for unscrupulous people to sully the process and the product. More than one country is often involved in shipping the oil to a processing plant, which is usually in Italy. From there, it’s exported to its final destination. But nefarious types can dilute the oil with inferior soybean or seed oil, or perhaps with low-quality olive oil. It may have been stored for a year or more before being added to the good stuff before shipping. So, upon reaching your local grocer, it has barely any nutrients, or healthy advantages, and certainly wouldn’t pass the rigorous tests laid out by the IOC.

What to do? How can you ensure you’re buying the original thing – true extra virgin olive oil – and not some inferior or fake olive oil? Here are five guidelines that help you discern the difference between the two:

1) Do They Taste Different?

Of course, they do, but many people can’t distinguish between the two because they’ve never tasted the real thing!

If olive oil is rancid, you taste it immediately – it has a chemical taste that you can’t miss. Original olive oil is fresh, fruity, even grassy sometimes.

But not even experts always know the difference: once, a blind taste test was conducted on a prominent group of chefs, foodies, a deli owner, and an oil importer – folks who should know their olive oil, right? They tasted about a dozen different olive oils and gave an approving nod to a brand that has been roundly slammed in the past for mixing in inferior oil. What does that say? It says that taste alone is not the sole measure of quality olive oil. You need more information! 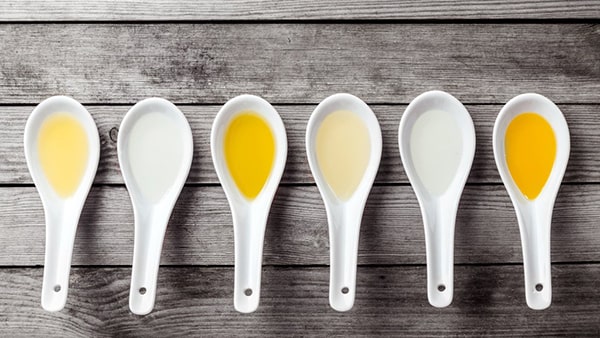 2) What About The Fridge Test?

The notion behind this particular test is that monounsaturated fats, which is what olive oil largely is, harden when they get cold. Hence, if you refrigerate true, extra virgin olive oil, it turns opaque and thickens. And it’s true that there are a few high-wax types of olive oil that will almost completely coalesce.

However, new research from the UC Davis Olive Centre shows that, after testing seven types of oil by chilling them, the fridge test doesn’t verify, 100 percent of the time, the oil’s purity or quality.

Consequently, the fridge test reveals only one certainty: if your oil doesn’t thicken at all when it refrigerated, it is, in all likelihood, fake olive oil.

And so, even the fridge test isn’t a sure way to tell whether your oil is the real thing. There’s only one discrepancy that gives away fake olive oil: if you put yours in the fridge and it stays as easy to pour and clear as it was when it was in the pantry, in all likelihood – it’s fake olive oil.

3) Buy Only “Extra Virgin” Or “Cold-Pressed”

A label that reads “extra virgin” is the best for eating and cooking. “Cold-pressed” means that the oil wasn’t heated when it was extracted from the olives. Heating during processing lets makers get more oil from the fruit, but it ruins the delicious flavors and aromas good olive oil is famous for. But take note: “cold-pressed” means the temperature never surpasses 80.6 degrees F – it doesn’t literally mean “cold.”

Wording can’t guarantee the oil is the real deal, but if this phrasing isn’t on the bottle, you’re sure to be buying fake olive oil, or at the very least a low-grade product. Never purchase any oil with the words “pomace oil,” or “pure” or “light,” or even just “virgin.” None of those terms indicate a genuine, high-quality olive oil. And remember, if you’re buying a flavored oil, just look for the words “cold-pressed,” which means the oil was made in an identical manner as extra virgin, only with herbs or fruits, or other flavorings. Looking for the right words is sure to steer you to the best olive oil on the market! 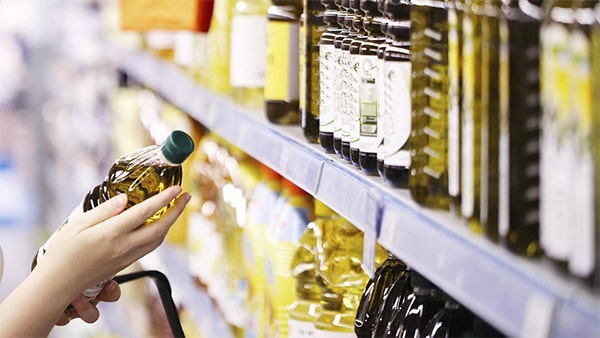 4) Is The Harvest Date Helpful?

You bet! Checking the harvest date is also a helpful way of ensuring you’re buying only the best. And the more information is given on the label the better. Quality olive oils have a legible harvest date, according to chefs, foodies, and trustworthy importers.

When looking at the harvest date, discern whether you’re purchasing the oil within 18 months of the noted harvest. If the label offers a “best before” date or expiration date, do the math! Make sure the product is well within the time frame specified. And read whatever is listed on the back label, too — that reveals exactly where the oil is from. It may say on the front that it’s imported from Italy, Greece or Spain, but the back label tells you if it’s made in several countries. If it is, it’s nigh on impossible to precisely know the harvest date — no matter what the label says.

The label may tell you the estate from which the oil came, or the producer, or the type of olives used. In that case, it’s likely real, high-quality oil. And if you spot the free fatty acid level (FFA) noted, so much the better! However, with large market brands of oil, that level may not be noted. Not to fear – any quality oil has an FFA of 0.2 percent or lower.

Shopping locally (if you can) is a sure-fire way of ensuring you’re getting the freshest, best tasting olive oil available. Experts – from dietitians to nutritionists to doctors to naturopaths – all agree: olive oil is one of the healthiest foods you can consume. It benefits your heart, tastes terrific, is versatile and low in calories. What more could you ask for in one food?

If you’re lucky enough to be close to a family-owned and operated farm that produces its own olive oil, don’t walk – run! – and start buying yours there. Perhaps because of their small scale, farms like these withstand all the scrutiny experts throw at them. Every single test, every single time. In other words: no fake olive oil anywhere in sight.

Not everyone is fortunate enough to have locally-sourced and produced olive oil within their reach. In that case, be sure to purchase one that has the IOC certification. This verification can’t guarantee the oil, but labeling with that approval means the oil is likely genuine true extra virgin olive oil. The IOC standards ensure the oil is properly processed, and buying a bottle that is labeled thus is reassuring that you’re not buying fake olive oil. 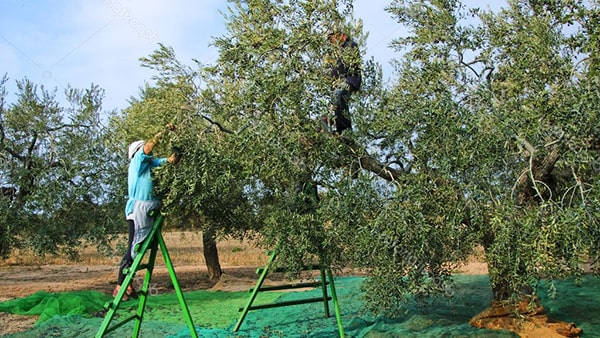 Olive oil is an absolute “must-have” item in any cook’s kitchen; it works in everything from cooking main dishes to whipping up salad dressings and dips. It’s not only delicious and versatile; the experts agree that it’s one of nature’s superfoods, as valuable to your body as berries, walnuts, and leafy green vegetables. Olive oil helps ward off many diseases, lowers cholesterol, boosts your immune system with boatloads of antioxidants, and tastes wonderful. What more could you ask for in one of nature’s best edible gifts?

But buying true, extra virgin olive oil is vital. Follow these five guidelines, keep your oil in a bottle or can on a dark shelf in the pantry, and you’ll have excellent oil at the ready each and every time.