Coffee vs. Tea: 7 Factors to Consider Before Drinking 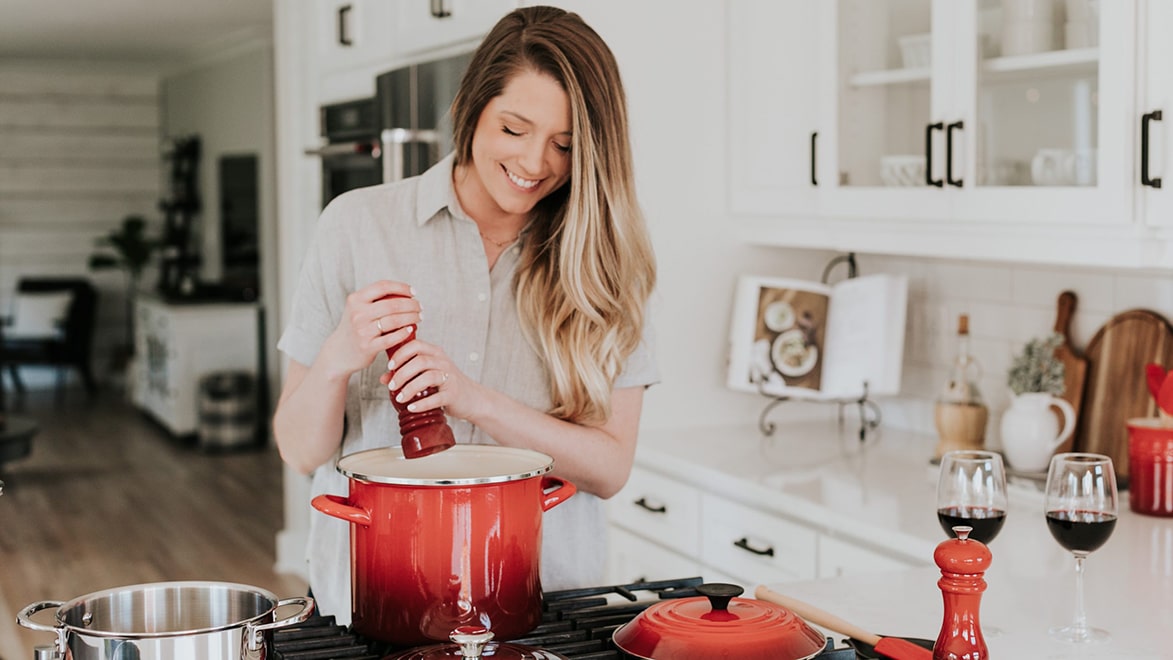 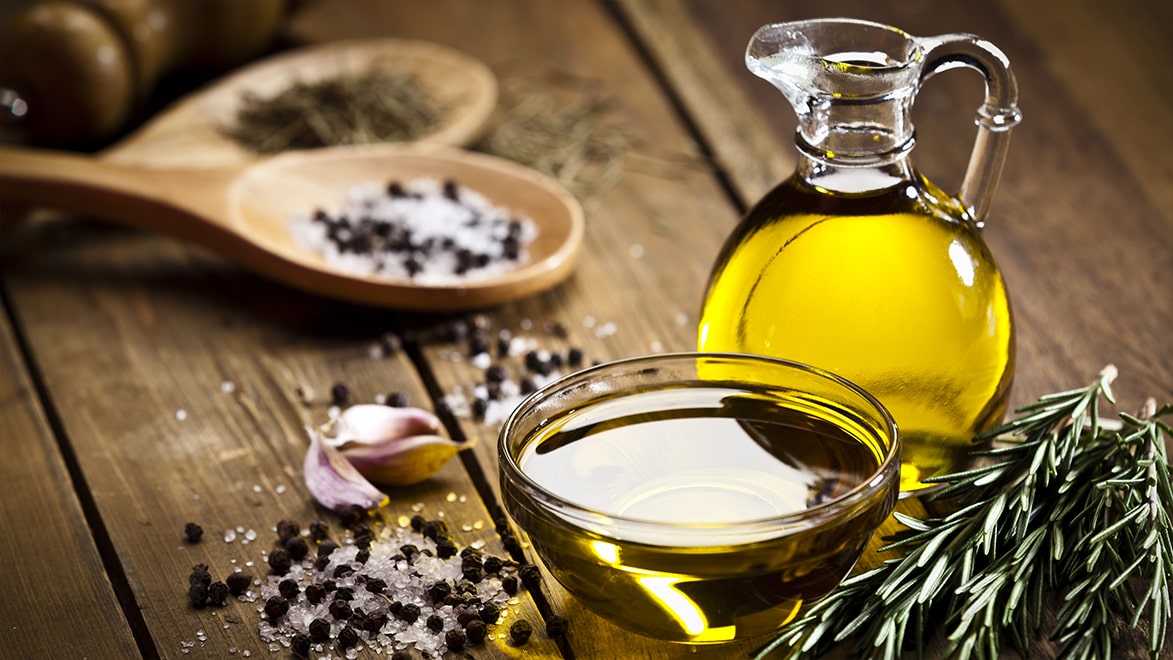 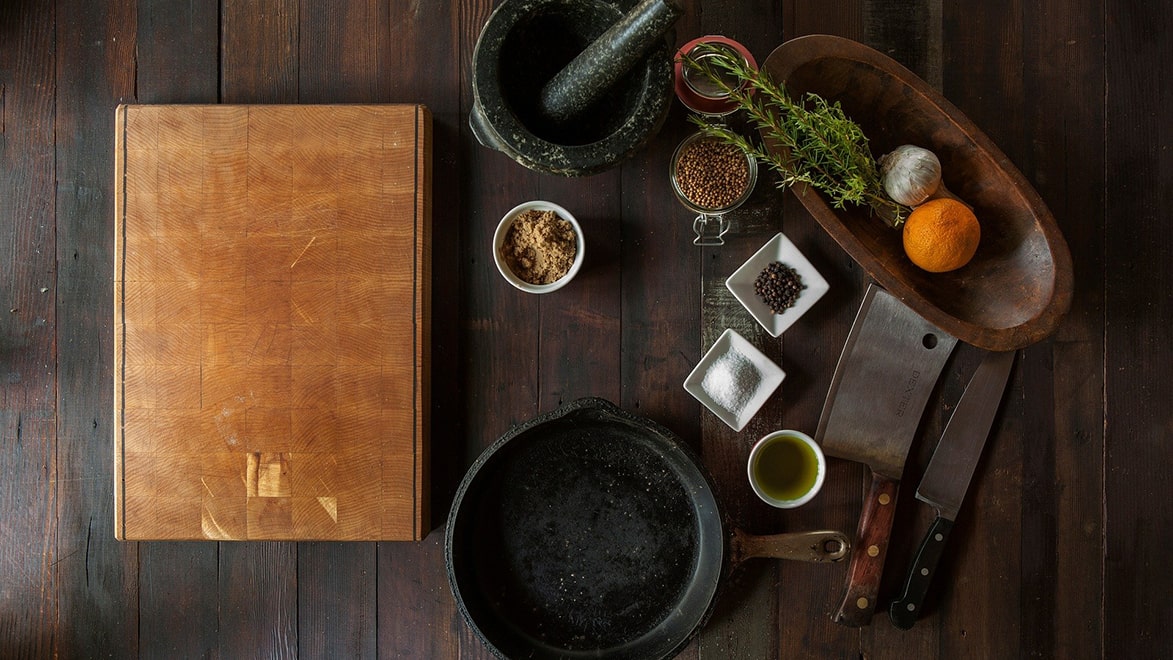 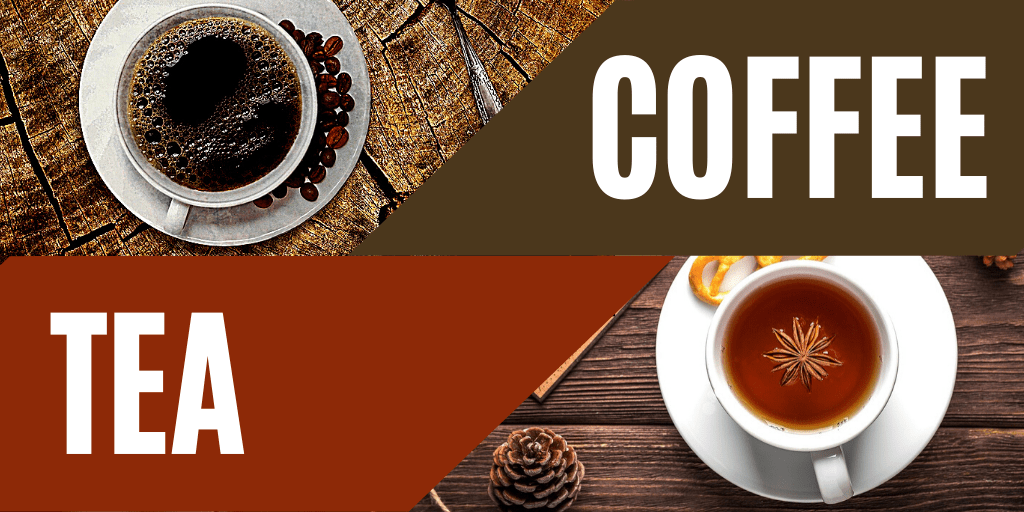 Just about everyone around the globe loves having a cup of coffee or tea each morning. It’s a ritual that is part of virtually everybody’s routine, and having a cup gets people going with a jolt of caffeine before heading out the door to begin their day. In fact, for many folks, a day without coffee or tea is like a day without sunshine! Next to water, these “jet fuel” drinks are the most popular beverages in the world.

But is one better for you than the other? Does one do harm, or is it simply a matter of preference? Both tea and coffee have been around since man first started boiling water, but is one more nutritionally sound than the other?

People have argued both sides of this issue for centuries. Tea is famous for its relaxing properties — think of a cup of chamomile tea before bed — while coffee is famous for its “perk you up” ability that gives you pep and focus. Whether you are on one side or the other, a tea fanatic or a coffee hound, you no doubt love your brew and stick with it, day in and day out. Folks are vocal and passionate on both sides of the argument, but we’re here to point out the differences between coffee and tea, and arm you with info to help, the next time you’re trying to decide whether you want a cup of Joe first thing in the morning, or whether it’s a cup of tea that would satisfy and delight you.

1) Caffeine: How Much In Each?

Coffee and tea are two of the most popular sources of caffeine available, but they aren’t the only ones, that’s for sure! More than 60 plants contain caffeine, and people around the world find ways to enjoy them, including brewing beverages or simply chewing on cocoa leaves.

Before it’s brewed, tea leaves in fact have more caffeine than coffee beans. It occurs naturally in all tea and coffee beans, as well as cocoa leaves and yerba mate, which is a type of holly plant. How much caffeine you get from any of these depends on how you steep or brew them. You may find this surprising, but all tea comes from the same type of plant, whose Latin name is “Camellia Sinensis.” And it has more caffeine than the Arabica coffee plant.

But it all comes down to how you prepare your favorite brew, and once the coffee is made with hot water, plenty of caffeine releases from the beans. And of course, you use more coffee beans to brew a pot than you do loose tea to steep a pot, so overall coffee gives a bigger boost of caffeine by comparison.

One scientific source in America estimates you get as much as 200 milligrams of caffeine per eight-ounce cup of coffee, but that shifts depending on how strong you like it. Dark roasts, you may be surprised to learn, actually have less caffeine than light ones.

A cup of tea contains about 14 to 70 milligrams of caffeine, although green teas are much lower — only 45 milligrams, max. That means that green tea is a great alternative for an afternoon pick-me-up than black tea or a cup of coffee. It gives you enough of a jolt to get you through the rest of your day, but likely not enough to keep you wide awake at night.

Scientists say that sticking to about 400 mg of caffeine each day is best — that’s equal to about four cups of coffee. That amount is safe, but exceeding it isn’t wise, or you may end up jittery and anxious by dinner time. If you can’t resist having a cup of something by your side all day long, experts suggest you have tea instead. You could sip on water, but where’s the fun and flavor in that?! 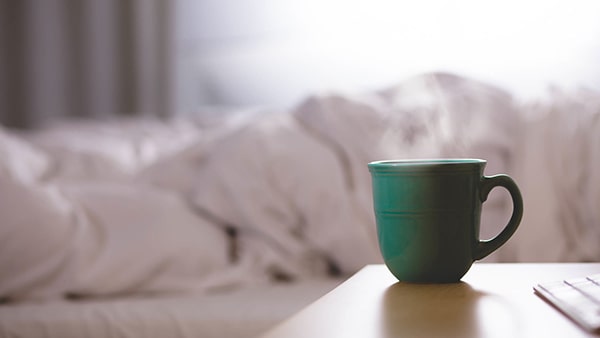 2) Does Caffeine Affect Your Sleep?

Lots of researches about the effects of caffeine on human performance have been extensively studied for years. One study in the United Kingdom indicates that tea and coffee will help keep you alert during the day, but it’s coffee that’s the culprit when it comes to not falling asleep easily. Having too much, particularly after supper, is almost guaranteed to keep you lying awake, staring at the ceiling. By the end of each day, all that caffeine in coffee is bound to catch up with you, and lack of sleep may make you crave more coffee the next day, repeating the cycle.

However, another study from Florida & Harvard discovered that drinking coffee or tea just before bed does not affect the quality of sleep. “We did not observe an association between ingestion of caffeine within four hours of bed with any of the sleep parameters.” Said Dr. Christine Spadola, of Florida Atlantic University.

Like just about everything else you consume, it’s possible caffeine won’t affect you the same way it does a friend or family member. One person can ingest caffeinated drinks all day, it seems, and not be kept awake. Others are doomed to lie awake all night if they consume caffeine after mid-afternoon. What’s important is that you tune into your body’s rhythms and pay attention to how it affects you. If it’s keeping you awake, cut back. If that doesn’t work, try taking a nap mid-day if circumstances allow — millions of Europeans who cherish siestas each day can’t possibly be wrong!

Diabetes is a condition that impacts your system’s ability to process blood sugar. More than 30 million people in America have diabetes, both diagnosed and undiagnosed. That estimate doesn’t even include people under the age of 18, so no doubt the figure is in reality much higher.

So, should folks with Diabetes consume coffee or tea? Like so many health issues, the answer is complicated, so it isn’t black or white. The answer is: it depends. Studies show that consuming both regular caffeine and decaffeinated coffee and tea can actually help prevent the onset of Type 2 Diabetes because the drinks offer you some protection. But it isn’t just the caffeine that helps; it’s elements like magnesium in them, too.

It’s worth mentioning that certain drinks, like iced coffee or Frappuccino, a combination of espresso and ice cream, are full of sugar and high in saturated fats. They aren’t particularly good for anyone, but if you’ve got Diabetes you should consider these drinks a “once in a blue moon” treat, and resist ordering them at your local cafe unless it’s a special occasion.

4) Do Coffee And Tea Have Antioxidants?

Antioxidants are the miracle workers that help fight free radicals in your body, which can do plenty of damage. Antioxidants help ward off harm to other cells and increase your immune function, so ingesting lots of them is important for good health and a strong constitution.

The good news is that coffee and tea are both chocks full of antioxidants, chiefly something called polyphenols, which give both drinks their wonderful flavors and health-promoting ingredients. Tea is loaded with thearubigins, theaflavins, and catechins, which are the biggest polyphenols found in black tea. Coffee is filled with flavonoids and chlorogenic acid. You don’t need to remember these names or know how to pronounce them — all you really need to know is that they support your immunity and promote good health.

On balance, there are more antioxidants in coffee than tea; however, there’s a caveat you should remember: too much coffee, unfortunately, contributes to high blood pressure and makes your heart pound. That’s why experts suggest no more than two cups of coffee per day if you’re already at risk for these conditions. Black tea, on the other hand, doesn’t have as big a punch of antioxidants, but you can sip on green tea all day long. So feel free to indulge in as many as six or eight cups of it per day. 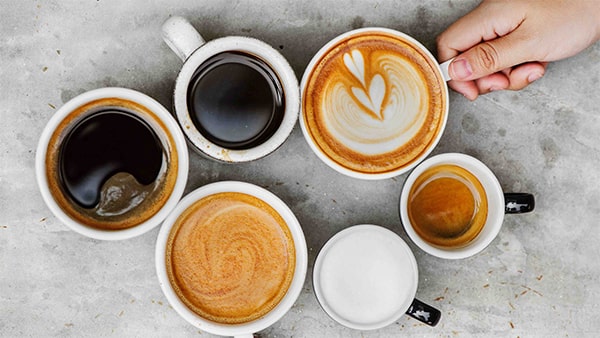 5) Does Drinking Coffee or Tea Help You Lose Weight?

A high dose of caffeine in coffee can indeed make you burn more calories — some studies say by as much as 13 percent for up to three hours after you ingest it. That means you might burn an additional 80 to 150 calories. It has also been shown to help burn fat at a faster rate because caffeine inhibits the creation of fat cells.

Tea has a kind of flavonoid known as catechins that some studies suggest increase your metabolic rate and assist in breaking down fats more quickly. Also, since most black tea has caffeine, it enhances your energy and helps you be more active, thereby burning more calories. Consequently, drinking tea may indeed help you lose weight, or accelerate the rate at which you lose it.

So should you opt for coffee or tea with your weight loss program? Either one, really, as both have weight loss benefits as well as health benefits. Choose the one you enjoy the most and have a cup with your calorie-reduced meals.

Unfortunately yes, both tea and coffee stain your teeth, particularly if you drink them throughout the day and don’t brush your teeth after each cup. Both coffee and tea contain something called tannins, and if you’re not vigilant about cleaning your teeth, you’ll end up with dark, unattractive stains that are really noticeable. Black teas and dark coffee are both guilty of marring nice, white teeth.

So, what to do? How can you enjoy your morning “cuppa” without suffering the ugly stains? First, try to avoid too much of either one and when you do, be sure to thoroughly brush your teeth afterward. Furthermore, a twice-annual visit to the dentist helps remove those unsightly stains from your pearly whites!

7) Types Of Tea And Coffee

Let’s talk about tea, first. All tea comes from one plant type, called Camellia Sinensis. The changes occur in processing, growing, and harvesting. And where the plant grows matters too; geography affects variety. Tea plants grown in India are different than those grown in China, and the tea grown in Turkey is markedly different from the tea made in Kenya. There are many types of tea — English breakfast; lemon and ginger, Jasmine, too many to count!

Conversely coffee is pretty much all the same; it’s how you make it that changes the flavor. With coffee, although there are types like espresso, Turkish, and lots of others, but the differences occur because of brewing. For example, if you use a French press, your coffee will taste a lot different than it would if you used a percolator on the stove to brew it. How you grind and brew your beans makes a huge difference in how your coffee tastes. Different coffee makers need different grinds — bet you didn’t realize that! 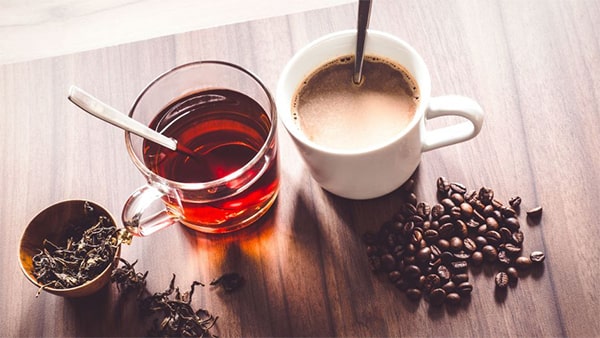 Whether you’re a tea lover or a coffee gourmet, you’ll get health benefits from your favorite drink. But people who drink both tea and coffee, studies show, actually live a little longer than those who only drink coffee — so it seems that in this case, variety is key.

Both are healthy, but like so many of the foods and drinks you enjoy, it’s best for you to enjoy them moderately. Too much caffeine makes you jittery, nervous, and anxious, and who needs that? The world is frantic enough, without gulping down so much caffeine you can barely fall asleep. Enjoy whichever you like best — coffee or tea — but just remember that too much of a good thing isn’t good at all in the end!