Understand 5 Most Used Peppers within 5 Minutes 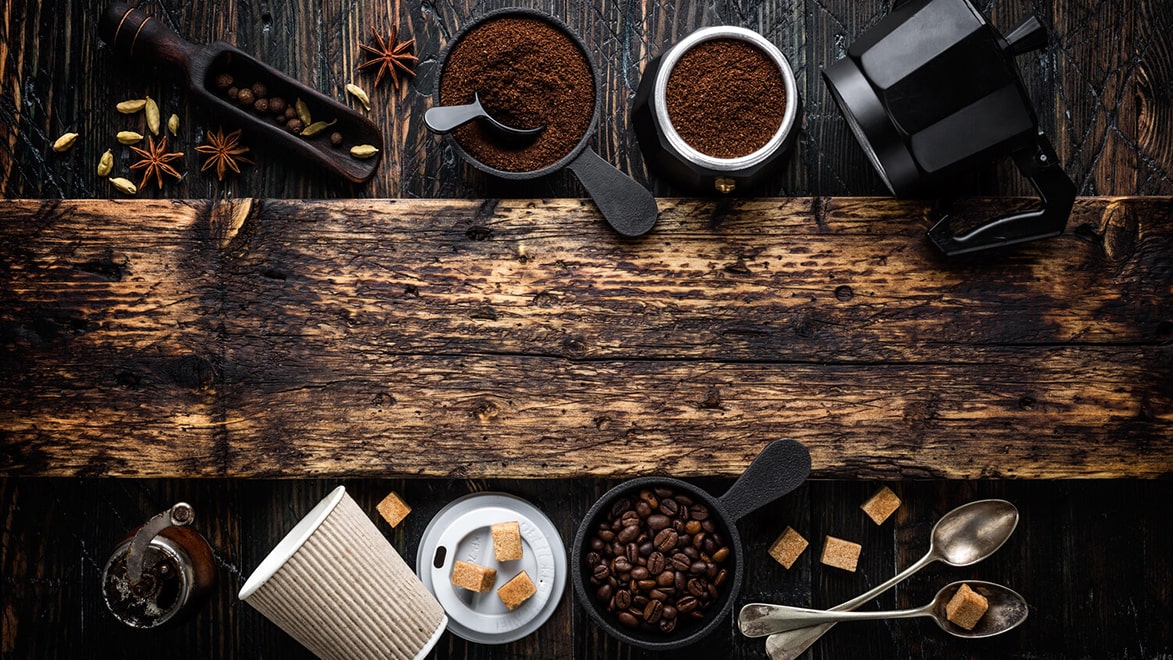 Top 10 Manual Coffee Makers for Every Type of Coffee Enthusiast 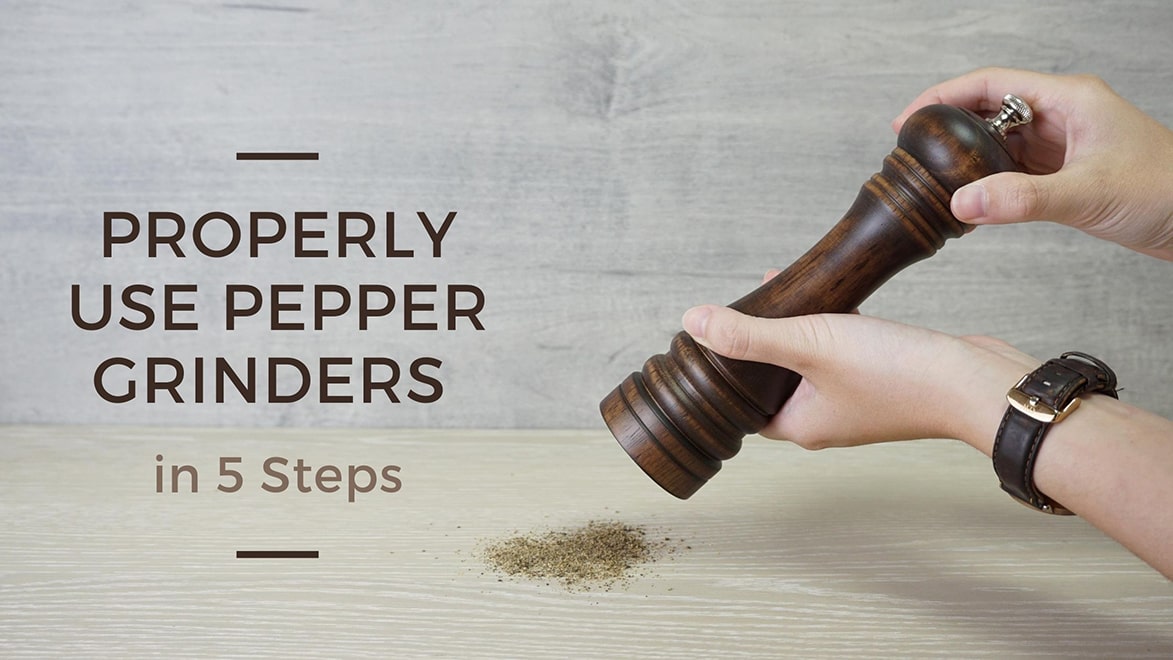 How to Properly Use Pepper Grinders in 5 Steps 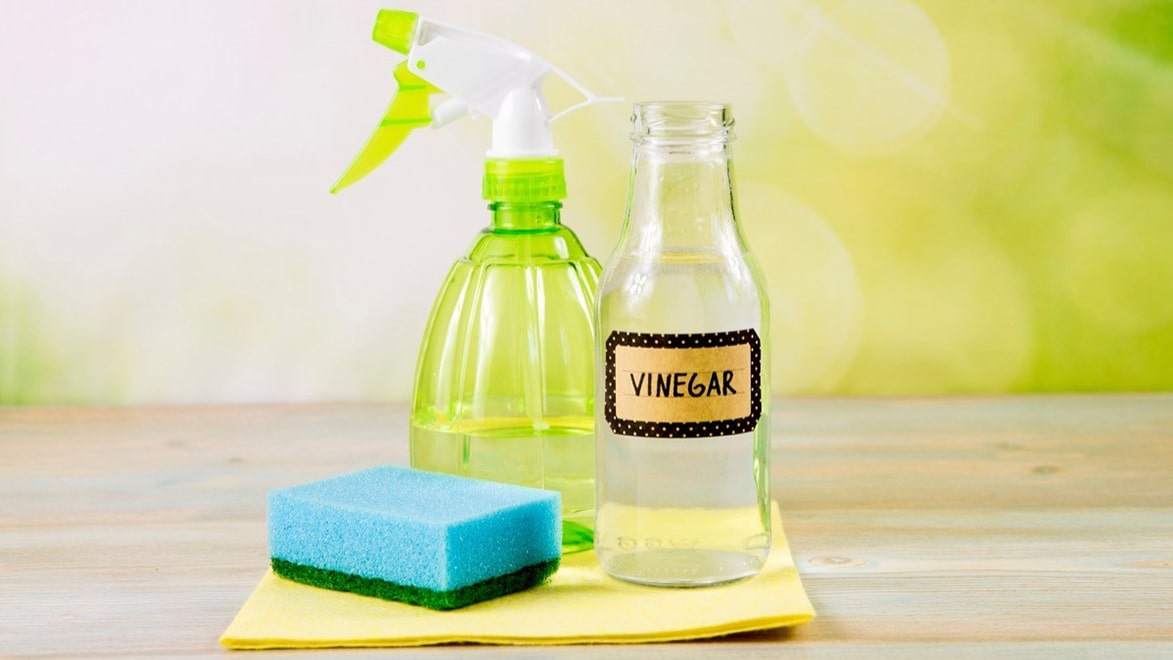 11 Vinegar Cleaning Hacks You Have To Experience It Yourself 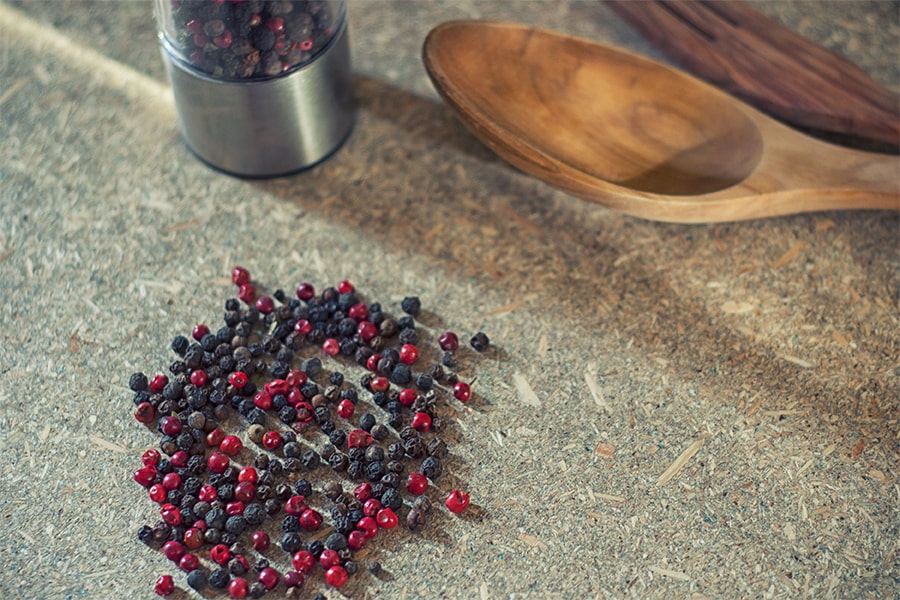 Pepper is surely the most abundantly used spice in the world given the fact that it is present on every table at restaurants and home kitchens. It is used in cuisines all around the globe and there are very few people who don’t like its taste, and the remaining others take it for granted. Well, they shouldn’t because peppers are no ordinary spice.

Many people wonder what peppercorns are, what do they look and where do they grow? It is true that some of the best peppercorns in the world come from the Malabar coast which is located in the Indian state of Kerala, these are also grown in tropical regions of Southeast Asia and the Indian subcontinent. The drupe which is basically a fruit with a single seed, originally from piper nigrum is used to make peppers.

Not only do peppers make the food more delicious and enriches the overall aroma, they are also abundant with fiber, folic acid, potassium and vitamins A and C. Hence, peppers can be regarded as a food ingredient that is both good for your taste buds and internal health. Peppers are also low in calories so you don’t have to worry about weight gain.

Peppercorns are the most traded spice around the world, but there are many types of this widely used spice that you need to know. These are the 5 most frequently used peppercorns:

Used as both a spice and medicine, black pepper is available throughout the year hence, is not counted as a seasonal plant. Black pepper is the fruit of the black pepper plant which belongs to the Piperaceae family and when dried, the spice derived from its plant is referred to as a peppercorn.

There are numerous potential health benefits of black pepper that we all need to know. One of the studies by noted its ability to enhance digestive tract function while another study showed that black pepper played a significant role in limiting the growth of several bacteria. Now, health experts and medical scientists believe that black pepper does not only contain anti-inflammatory, antioxidant, antibacterial and fever-reducing actions but immune system-enhancing properties as well, hence, making it an essential food ingredient for our good health.

It can be said without any doubt that black pepper is the most important and popular spice in the whole world since you can find at the table of every restaurant you go and taste it in every cuisine. It imparts a sharp and pungent flavour when it is added to a food dish. Not many people have tried but it is also added to sweet biscuits and cakes in order to spice them up and these biscuits taste incredible. 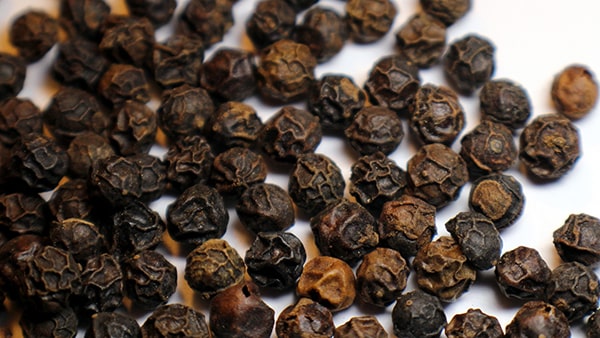 Widely used in Chinese and Vietnamese cuisines, white pepper is another common kind of pepper. Due to its sharp bite and a unique taste, white pepper is used to add extra flavor to Chinese soups which is why their soups taste amazing. Among its many other uses, white pepper is also used for marinades for meat and poultry and spicier stir-frys. It is made from tropical berries called Piper Nigrum and unlike other spices, it is made of the seed of the plant itself.

Black and white peppercorns are made of the same fruit of the pepper plant they are obtained differently. When the peppercorns turn ripe and sun-dried and their color is black, they can be used to give black pepper. While white pepper is obtained by taking out the outer layer from the fruit and using the inner seed only for white pepper.

White pepper is a source of an extra manganese, iron, and fiber into your diet along with providing antioxidants and several flavors for your taste buds. Not only does white pepper help in digestive problems and dental issues, it plays a significant role in your weight loss. White pepper can also be used to cure minor headaches, cold and cough, hence, making it a spice with abundant nutritious and health benefits.

Although mostly used in light-colored dishes like white sauces and mashed potatoes, it is also common in Chinese cooking for it gives a unique taste and sharp bite. It is also used in aromatic Vietnamese soups and pork dishes for aesthetic reason and to enhance the overall taste and aroma of the food. Used as a flavoring agent, it can be sprinkled over eggs and a variety of cheeses for additional flavoring and is used with salads, cold cuts, sandwiches, and balsamic tomatoes. 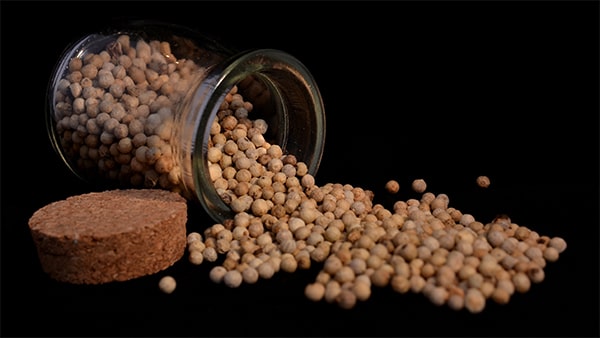 Unlike black and white peppercorns, green peppercorns are considered true peppercorns of the Piper nigrum flowering plant. This plant actually originated in India and has been used in food and for other uses for a really long time. Green peppercorns are often preserved in brine or vinegar to enhance the taste and served in pickled form with many cuisines and foods around the world. The truth is that they don’t last very long in dried form hence, food experts recommend green pepper to be used quickly. They’re usually found in Thai and Southeast Asian foods.

The best part about green peppercorns is that they have a fresh flavor than that of black or white peppercorns hence, green pepper is used by a considerable majority of food lovers. As in the case with black pepper that hits your tongue with its sharp taste and heat, the green builds up the heat and taste slowly. It takes 5-10 seconds until you really start to feel it. Green peppercorns start with a vegetable-like taste that builds into a strong yet tolerable heat.

Green peppercorns have numerous health benefits too apart from being a treat to your taste buds. Many food experts have said that green peppercorns are extremely good for the digestive tract as they reduce gas while increasing hydrochloric acid in the stomach. This situation helps with the digestion of the food you intake and protects you from many kinds of stomach distress. Green pepper also fights bacterial growth in the intestines, preventing you from many severe diseases and infections. Just so you know, green peppercorns are high in iron, vitamin K, and antioxidants, hence, recommended by many nutrition experts. Eating green peppercorns can even help you lose weight if you are on a mission to drop some kgs. 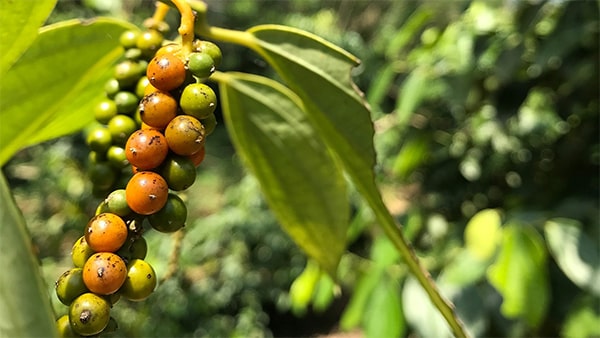 Red Peppercorns are extremely rare and they spread much confusion among people. Red peppercorns are berries that are fully ripe and are red bright in color when they are picked by the men.

Red peppercorns are not picked from the vine until they turn red bright which means they are fully ripe. It takes around four extra months of growth to ripen to the red stage in order to obtain fully ripened red peppercorns. But, since they are attractive to birds and other pests, they are eaten by them and this is very hard to have them safe and sound. Strong winds and heavy rain can also wipe the red peppercorns off the vine as the peppercorns get more fragile with time.

In ancient times, many Chinese and Indian physicians used red pepper to treat stomach pain and ulcers and experiments have suggested that red pepper actually helps with these conditions. Red pepper is also used to provide relief in painful condition. If one is suffering from Diabetic neuropathy, which can cause pain in the feet, hands, arms, and legs, taking Capsaicin may help with instant relief from this pain. Red pepper can also provide relief from pain if you have osteoarthritis, a condition of joint inflammation and stiffness. Red pepper can also be used to cure cluster headaches which cause pain on either side of the brain.

The best part about red peppercorns is that they taste sweet and fruity with a nice warmth that will just enhance the flavor of your mouth. This fruity flavor of pepper offered by red peppercorns can be used in fruit salads, on ice cream, chocolate or strawberries, and with red meat in many parts of the world.

Red peppercorns also taste incredible when served with seafood such as fresh shellfish, shrimp or lobster and when taken in with fruits such as oranges, clementines, and tangerines. 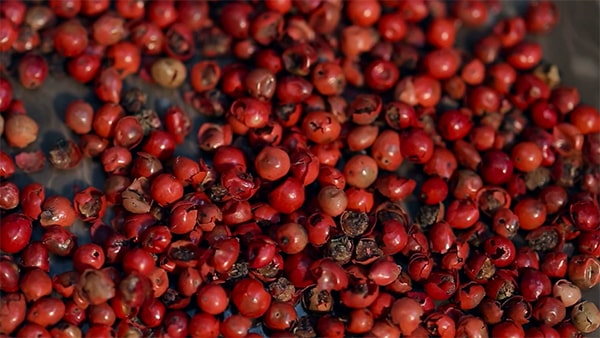 Pink pepper just tastes like black pepper but they don’t have a sharp taste when compared to black pepper. Pink pepper is not at all spicy hot like cayenne or chili despite its reddish color. The pink peppercorn berries do not require grinding or soaking to be eaten as they are very soft can be eaten with normal chewing. Spice expert suggests that it should be used separately to enjoy the full delicate flavor. It is chewed as a simple remedy for colds and asthma for its disinfectant properties.

When cooking, you can use pink pepper in cream sauces or with seafood. Avoid using it at the beginning because the heat and cooking time will impact the flavor. It’s also commonly used in salad dressing, or in sweet desserts like cookies and cakes. 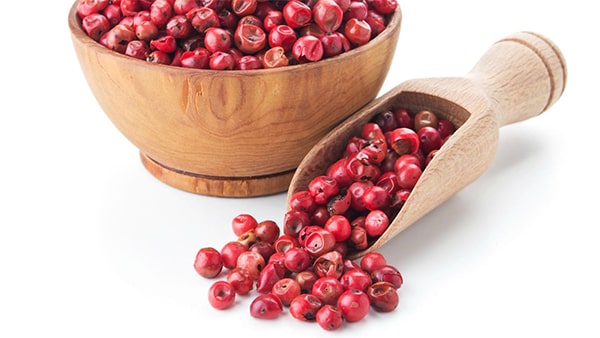 Pro Tips: How to store & use with manual pepper grinder

You can keep and store peppercorns around while storing them dry and airtight and can be preserved for several years that way. You can also store whole peppercorns in a sealed container and this way, it can be stored for around a time period of one year.

Instead of getting ready pepper from the market or online, many cooks and chefs use a manual pepper grinder to obtain fresh pepper on the spot. Because, they believe that when this fresh pepper is added to the food, it adds the best taste.